CES, the annual mecca of consumer electronics, is right around the corner. In lieu of the greatest show of technology on earth, DronesX will highlight some of the robotics and drones honorees of this year’s CES Innovation Awards. This year John Tidwell, the founder of DronesX, participated as a judge.

Let’s start with EYESEE. Unfortunately it can’t make you coffee, but this hard-working office drone is built precisely for the warehouse. EYESEE caught our attention because of its usefulness in an industrial business setting. We recognize this warehouse-job-killing drone’s ability to track inventory, request more product and maintain accurate inventory records all in a single bound, also known as the Internet of Things (IoT).

Many companies around the world are required to perform mandatory annual, quarterly and even monthly warehouse inspections including validating inventory levels. We mere humans might be good at feeling emotions, writing silly love songs and tucking our kids for bed, but maybe drones are better suited, than us, for tracking and maintaining inventory. Seasonal inventory inspections come before the holidays in the developed world, and prior to the school year, to name a couple of occasions. Such events require signiﬁcant human and material resources and can disrupt logistics operations, thereby negatively affecting a company’s sustainability.

The EYESEE drone inventory solution is a flying inventory management system that can link up with and talk to a company’s home back-office. Drones capture data on the farm and on the construction site, but this is the first time we have seen an “inventory drone.” It certainly won’t be the last as large IT conglomerates integrate their database systems with the world of IoT. It’s plausible that companies such as Oracle and IBM will soon capture drones industry market share.

EYESEE comes with a camera which makes documenting every inventory session a convenient affair. Inventory control can be performed during off hours when regular working day staff have gone home. EYESEE can be programmed and managed by a single warehouse operator using the accompanying tablet app that makes operating EYESEE easy. Or, for the lazy company, inventory data collection can be programmed, automated and recorded with a the built-in camera with no inferior human involvement at all. EYESEE doesn’t need humans at all. They just get in the way.

The full-body and propeller foam protects against a vehicle crash. Multiple sensors detect obstacles in crowded warehouse environments. Programmed settings make takeoffs and landings a one-button maneuver. There are many other security protections to secure this UAV investment.

The obvious downside to the EYESEE is the price. You might get sticker shock at the $30,000 showroom price tag. At that price a technical savvy company can developer their own drone inventory management system. That’s not the only negative. The EYESEE app only works on Google Android devices at the moment and is not compatible with Apple iOS. That’s a big deterrent to today’s tech savvy companies that rely heavily on Apple technology.

Still, the EYESEE is worth a look-see during your CES visit in January. 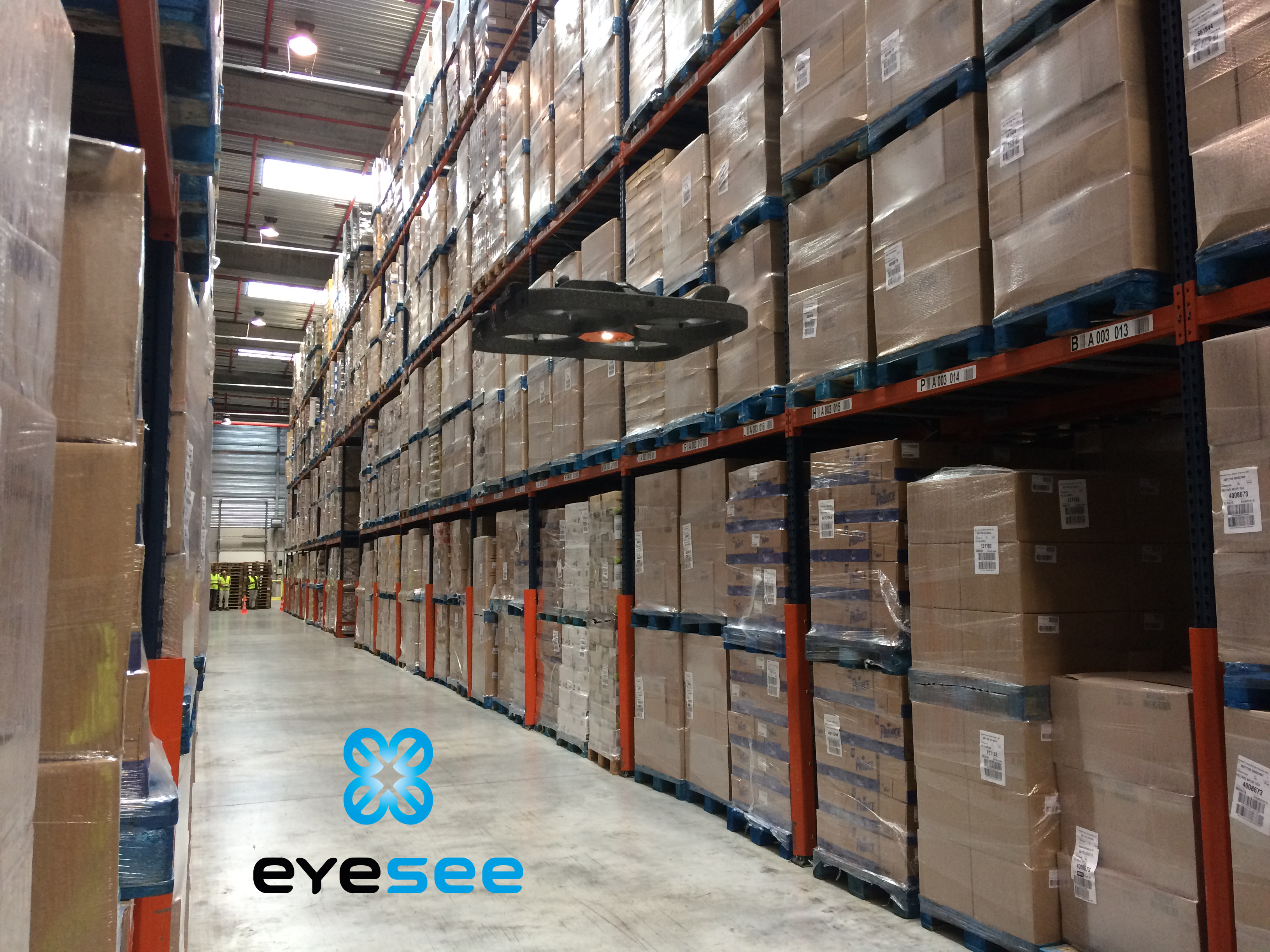 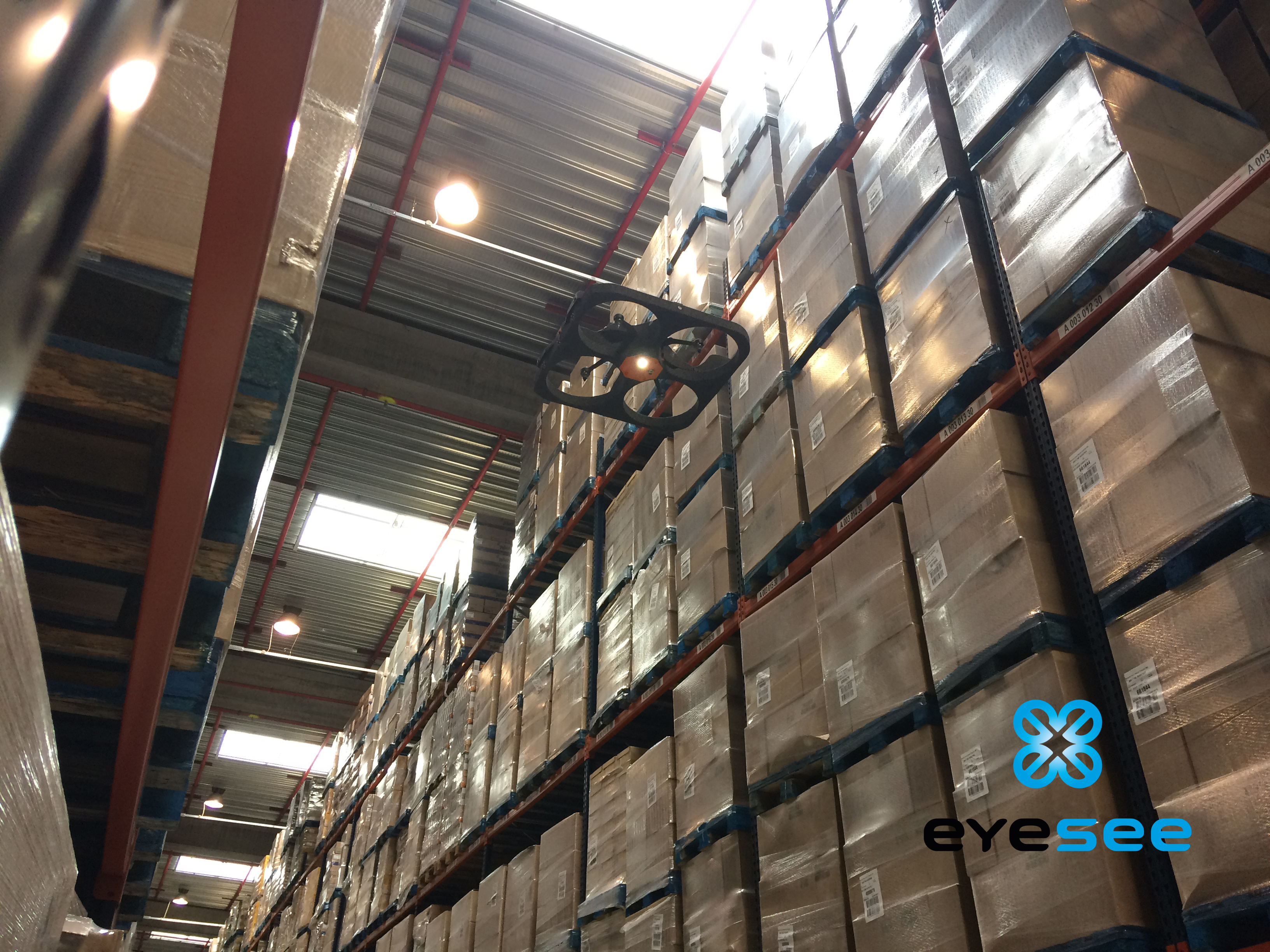 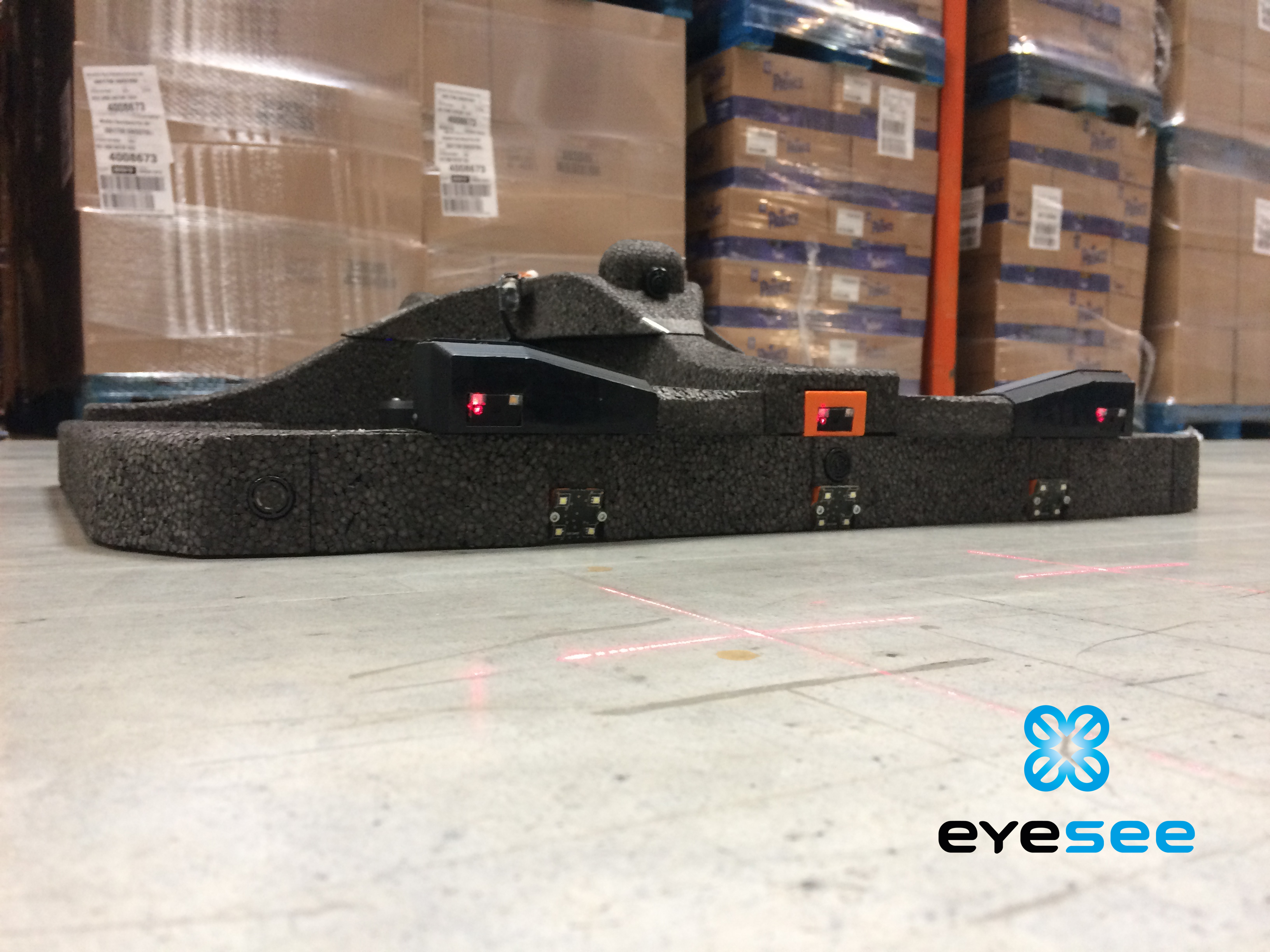 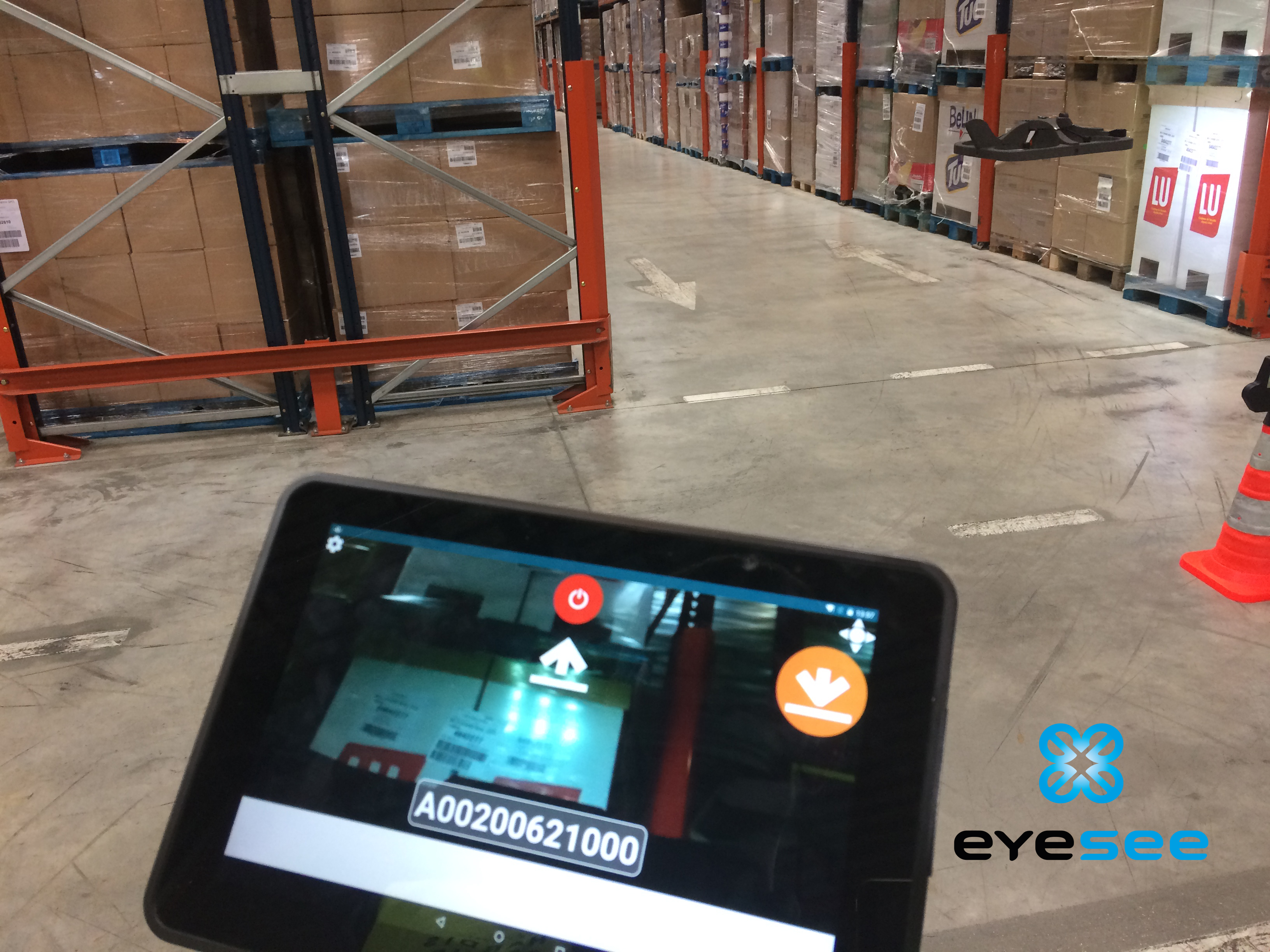 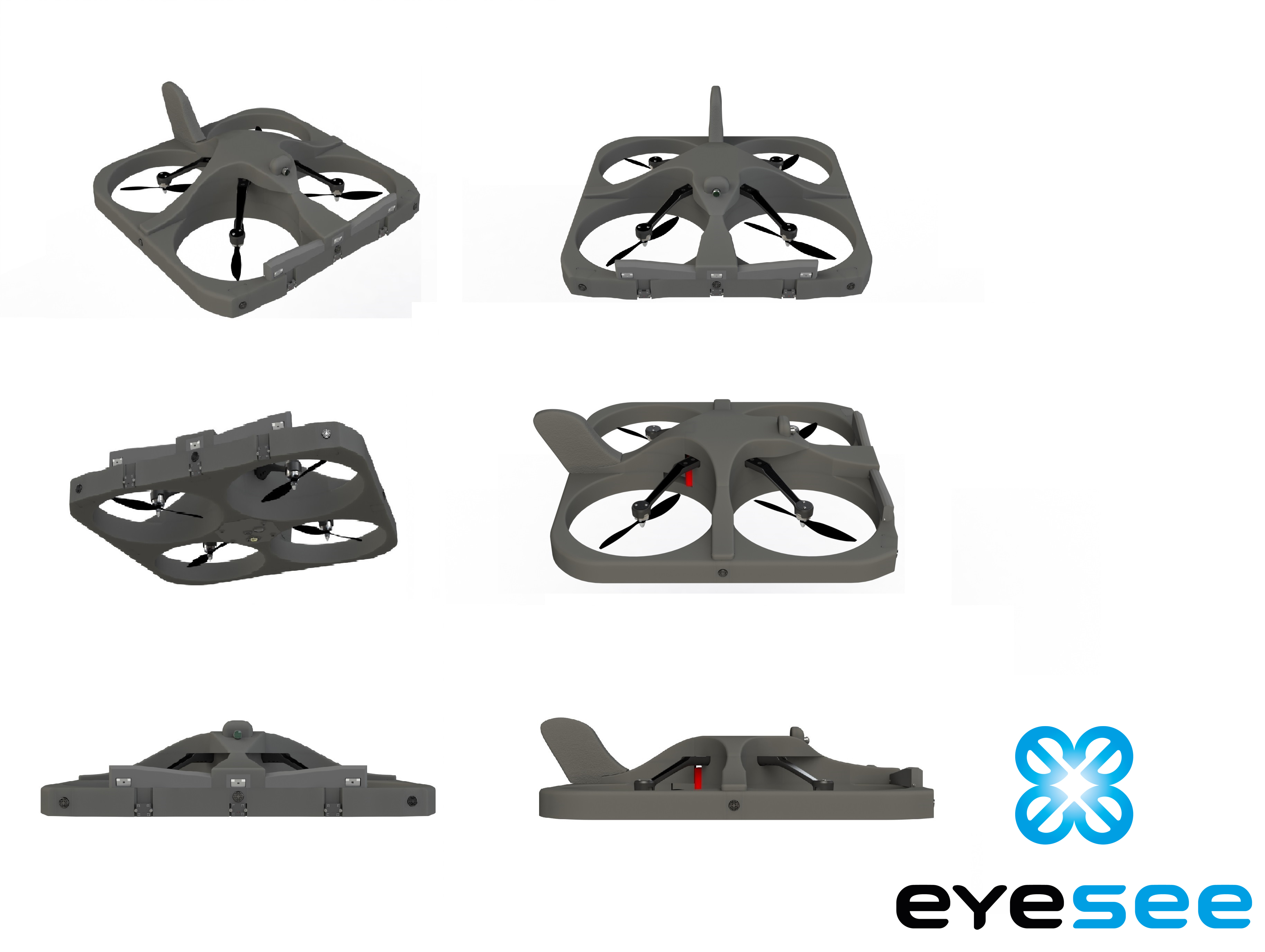