In part one of the series of articles on the anti-drones phenomenon, we identified 22 companies with drone repellent technology to thwart rogue drones by land, air and maritime. With so many commercial outfits developing anti-drone solutions, is there truly a market of buyers that can sustain such economic development? One market research firm thinks so. 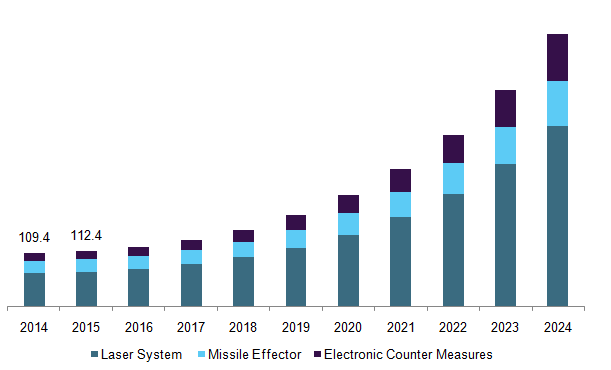 A market research report on the coming anti-drone industry growth almost as comical and / or unbelievably astronomical as the price tag of the report itself!

When it comes to buying commercial drones, there are many people at organizations with various ideas of how to use them and employ them in business. There are countless people out there who do not want drones to interfere with their businesses, their privacy, their operations, their infrastructure, their buildings, and their facilities. The second set of people are the ones we want to focus on in part two of the anti-drone revolution: the buyers.

With all the companies listed as providers for anti-drone technologies, which ones are the buyers interested in?

WHAT CAN I BUY TODAY?

When it comes to protecting privacy, secrecy, property, people, and mission critical infrastructure, the needs are great from a very diverse group of organizations, as well as, individuals. From part one, I received feedback from a reader:

“There may be 22 companies who say they market anti-drone products, sure, but can you actually BUY products from them? Answer: No. More smoke and mirrors. Half of those companies are in development stage.

This is not true. At companies like MC Tech in Israel, they are selling fully operational systems for over two years. They provide a system comprising four layers: Radar Detection, Optically acquiring, RF neutralization and Total destruction. Their system was tested with great success worldwide. According to Ido Bar–Oz, Vice President, Sales & Marketing, the company “can make a scalable solution according to the actual threat, site location, and most important, budget.”

The reader does not understand the current market. It is not because the global companies and startups (much less than half) are only in development. The uncertain regulatory framework in the United States does not allow for anti-drone technology to be sold or used with federal agencies exempt. Many of the companies listed in the original article operate in markets throughout the world including Asia, the Middle East, and Europe where the anti-drone revolution is exploding out of necessity instead of opportunity.

REGULATORS NEED TO CATCH UP

Everyone from stadium owners to local law enforcement and golf course operators are investigating anti-drone products and sophisticated defense systems to stop, capture, and / or incapacitate drones. It is an interesting time in the development of the unmanned industry where procurement professionals are asking, “What can I buy and where can I go buy?”, and, in the U.S., buying questions are followed up with, “Why can’t I buy it now?” Regulatory limitations have to change and change quickly for the U.S. not lose ground in this critical segment of the commercial drones industry.

All except one (DroneShield) of the companies we queried for the first article had no interest in sharing customer information. We did not survey Battelle or Boeing who have such established defense businesses that we believe they will find a way to market and sell their anti-drone products in the future. The large government defense contractors on the list and startups alike seem to be anticipating the need before the market has arrived, desperate to deploy their anti-drone systems now. With the potential of perimeter security solutions from companies such a Dedrone, cost-benefit considerations are weighing heavily on the benefits. Can regulatory hurdles overcome federal bureaucracy to move quickly enough to supply a market with growing demand or anti-supply the fanatics with the means and funding to cause economic and civilian havoc?

There will come a moment in the evolution of commercial drones where tried-and-true markets which have deployed precision technologies will be forced to add anti-drones to their suite of solutions. The large-scale solutions being offered by the 22 companies we mentioned in the first article will have to find a way to create sustainable businesses and move fast. We suspect commercial UAV solutions will have anti-drone capabilities or will be bundled to serve imminent needs.

Even though the problem remains slight, it does exist. For example, a farmer may use drones for precision agriculture to maximize yields for a crop and acreage. However, that same farmer or land owner won’t want their competition, including the farmer down the road, to fly a UAV over their property to steal data or crop metrics information. This example couldn’t be more prophetic since it is less expensive for a small operator to buy a DJI or Yuneec drone and collect data on their own instead of hiring a service provider with established policies and procedures.

The demand for anti-drones surpasses law enforcement, the first obvious anti-drone buying demographic below the federal level. The needs for this type of deterrent are critical and immediate for many organizations faced with privacy issues, theft and other pressing issues.

As mentioned in a recent webinar called Defending Against Drones: The Next Step and offered by Dentons law firm in McLean, Virginia, one of their long-time Aviation Law experts, Jim Williams, a former FAA official, stated to a very diverse group of over 600 participants from various private organizations, critical infrastructure owners, shopping malls, sporting and entertainment arenas, as well as local law and state law enforcement, “You cannot have ANY anti-drone technologies.”

“The FAA needs to certify some or all of these technologies as “valid options” in applying an Anti-Drone policy for all those wanting protection from unwanted and unauthorized access to their properties.”

It is not only the FAA needing updates to policies and regulations. Because some anti-drone products utilize frequencies to control and / or disable drones, a technique called “jamming”, the FCC also needs to be cognizant of what can be authorized when it comes to using airwave spectrum for anti-drone devices and defense capabilities. Federal, state and local government agencies need to accelerate their understanding of what’s coming around the corner, both offense and defense, to be able to anticipate the anti-drone threat. Government officials at all level won’t be able to respond and take action without first identifying and approving capabilities so that anti-drone products can be bought and activated.

SO WHO IS THE MARKET?

Today, the dollars spent on drones are big. The dollars that will be spent on anti-drone capabilities will be huge.

The list of organizations who want access and authority to use these anti-drone capabilities is very broad. Any organization involved in the operation of critical infrastructure needs to have these capabilities today. If feasibility is the issue, critical infrastructure buyers should enhance their understanding of anti-drone technology now, prior to the happening of events. Railroads, refineries, airports, pipelines, waterways (docks and ports), energy companies, and network carriers are just some of the organizations that need protection. Another large segment of buyers are those groups that manage public gathering places such as stadiums, amusement parks, schools and universities, and any other areas where large crowds congregate.

These initiatives will help curb the onslaught of drones up to no good, but in a culture where hacking is celebrated for the disruption it brings to society, no system, no-fly zone or anti-drone technology will be infallible.

Some will require passive technologies like no-fly zones enforced by “electronic fences and defenses” versus those who will need active technologies with immediate “shoot-down” capabilities. Terms like “shoot-down” and “destroy” may not be sexy marketing lingo, but make no mistake, the main concern is to “neutralize the drone” so it does not accomplish nefarious missions whether intended or coincidental.

When it comes to understanding the fast-paced drones and anti-drone industries, the best approach is to learn, understand and respond as fast as possible, an approach that has helped me understand emerging technologies for the last 40 years. It has served me well in consulting on mission critical infrastructure and those who I have taught at a university level.

Jim Carlini is the author of Location, Location, Connectivity. This article is, in part, an excerpt of his forthcoming book, Nanokrieg: Beyond Blitzkrieg.